Spirituality has often been connected with Music and Indian mythology has several gods, connected together with music. When we talk about musical instruments and gods, the one that always comes to mind is Goddess Saraswati – the goddess of knowledge, wisdom, art, and music. Sitting gracefully and playing the ancient instrument Veena, she is one of the most worshipped goddesses in the Hindu religion and mythology. With over 10 million gods and goddesses in Hindu mythology, she isn’t the only one wielding a musical instrument. Indian gods and musical instruments have a peculiar relation, with each of them carrying one as either a weapon or a symbol of one of their qualities.

Shiva and his Damru and Veena

The master of all art forms, Shiva is an excellent dancer, artist, musician, and the destroyer himself. He is said to have mastered everything in the universe from his deep meditation and sense of understanding. It is said that whenever Lord Shiva plays his Damru, the divine sound of the musical instrument frightens even the cruelest and most ferocious of evils whereas it assures and pacifies the good.

Today, even though damru is widely respected and used all over India, we see very few individuals having the real skill to understand its sound, its depth, and therefore its music.

In several legends, it is said that Shiva also created one of the most difficult Veenas in the world today, the Rudra Veena, which was bigger and more difficult to play as compared to other forms of Veena. 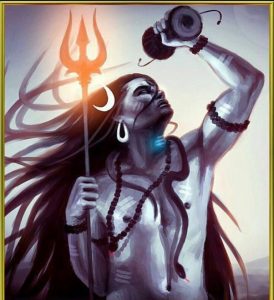 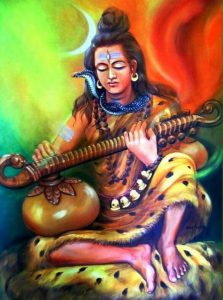 As mentioned before, Goddess Saraswati is the goddess of music, art, knowledge, and all related powers/skills. She is widely worshipped for her skills and her kind heart,  as devotees seek her blessings before starting off on any musical journey.

After her name, this new version of the Veena has been named quite appropriately. As easy as it might seem to play this instrument, learning and playing the Veena requires an extreme amount of effort, dedication, and commitment. 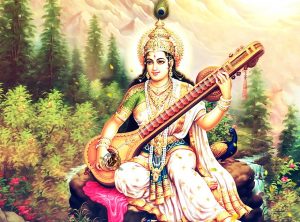 One of the most popular gods when it comes to music instruments, Krishna is said to have vowed millions of living organisms with his melodious tunes ever since he was a child. Not only was a master flute player, but his divine tunes could also enchant anyone who was listening to him playing the flute, be it an animal or a person.

The flute, being one of the oldest musical instruments known to mankind, has always held a special spot in world music.

Even though today we do not find such magical flute players, we can surely say that such musical instruments with divine connection continue to hit the sweet spot with the audience, even after thousands of years. 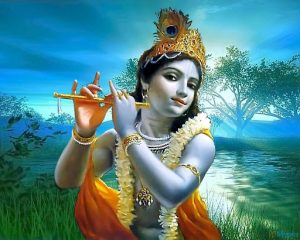 Shiva’s most trusted and beloved worshipper, Nandi has played the Mridangam when Shiva dances. It is said that whenever Shiva dances, the beats of Nandi’s Mridangam make his dance even more powerful and both of the miraculous divine instances, complement each other in perfect harmony – something beyond imagination for all. Having accompanied him in his primordial dance, the heavens resound with the resonances of the beats from Nandi’s Mridangam, shaking even the mightiest of gods and demigods. 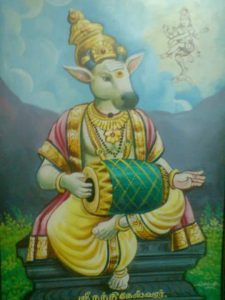 Last but not the least, the Hermit Lord Narad and his Kartal have another beautiful relation. Even though most gods and goddesses use their instruments as a symbol of power, giving, art form or knowledge, Lord Narad uses his Kartal for worshipping. A staunch Vishnu devotee, you will always find Lord Narad’s description even in mythological texts, as a hermit playing on the Kartal and ‘ektara’ – the one-string instrument while worshipping his Lord Vishnu. 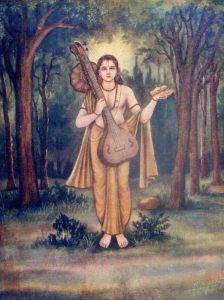 And there are many more. Of course, there are over 10 million gods and goddesses and to cover all of them who love to play music instruments would be very tough. Indian gods and music instruments as we said, have a divine connection which is why music is not just an art form in India – it is a means to spirituality, a means to feel and worship God like never before.

Spread the love
by Hemang Sharma October 21, 2020 in Knowledge Base

Be the first to comment “Indian gods and music instruments: The divine connection” Cancel reply